Here are some reviews for the new Bell Gardens EP--Hangups Need Company. The EP was released on May 24 on Failed Better Records. Check out www.bellgardensmusic.com to buy tracks and see when we are playing!

Stars of the Lid And [a]pendics.shuffle Are Bell Gardens, Release EP
Posted by Charlie Woodburn at 3:07 PM No comments: 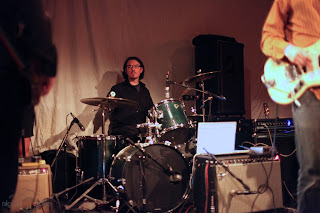 Charlie first started drumming at the age of 10 years old, on a tiny “disco beat” drum kit, then moved on to a real drumset at 15. Woodburn played in jazz band, marching band, and orchestra (and rock bands after school) all through out junior high and high school. Playing in high school jazz band while still in junior high was the first indication of serious devotion to the instrument.
In 1992, Charlie moved to Austin, Texas. He became part of the music scene quickly by joining the experimental rock band Furry Things (Trance Syndicate Records). Woodburn spent most of the 90’s touring and recording with the band.
In 1997, Charlie moved to Los Angeles CA to record what would be the last Furry Things record, the Brad Laner/ Ken Gibson produced album Moments Away. Soon after, the band broke up. FT’s bassist Cathy Shive suggested Charlie pursue a career in session drumming and that is what he did.
From the late 90’s to the present Charlie has played with many artists. Live one-off fill in gigs, tours, studio albums and demo’s. He has worked with Artichoke, Sara Radle, Meredith Meyer, Magic Wands, Brandon McCulloch, Sam Boxleitner, Sharon Temple, Scott Watson, Bell Gardens, Mark Burgess (Chameleons), Pretty Vicious, Ari Shine, Hexham Heads, The Digs, The Vines, Sara Melson, Pete McLeod, Men In Slippers and many many more.

Posted by Charlie Woodburn at 2:34 AM No comments: 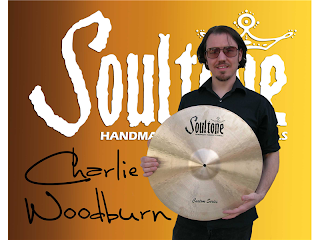 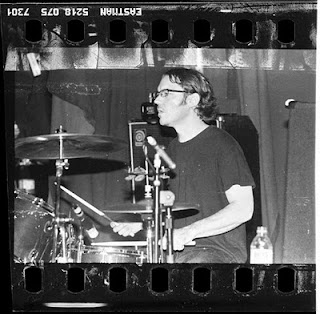 Here is some of the press so far for this year, more to come soon.

LA Weekly article about my drumming and influences:

http://www.examiner.com/x-36822-LA-Rock-Music-Examiner~y2010m4d5-Bell-Gardens-psychedelic-neofolk-for-earthquake-weather
Posted by Charlie Woodburn at 2:06 AM No comments:

Past and Upcoming Drumming Gigs 2010

Posted by Charlie Woodburn at 12:58 AM No comments:

Hello All! This is my first blog post. I wanted to do a blog to keep a record of all the drumming stuff I do and to let other people that aren't on Facebook see what I am doing also. More soon....
Posted by Charlie Woodburn at 12:33 AM No comments: